This one fooled a few people... my mom came up and helped pass out candy on Halloween night, and she even talked to it a few times forgetting that it was just a prop I had placed there. Later on in the night, I moved it up closer to the road where all the parents usually stand. I saw a few of them try to have interactions with it as well. The kids reactions were the best though, when they realized that this was no ordinary kid they were talking to. 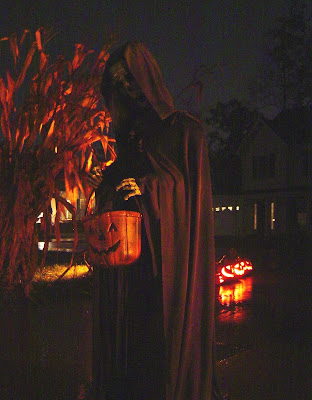 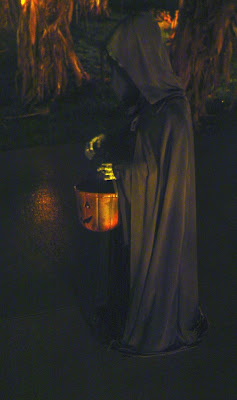 Priceless! How clever you are. That is a great prop and a perfect idea to move it around during the evening. :)

That was funny--parents trying to interact with it! Bet the kids were creeped out!

I think this would make an amazing painting!