I have a friend who is into making his own home-brewed beer, and he brought up the idea of brewing a pumpkin ale over at our house this year. We were planning on having our first ever Grim Hollow Halloween party this year, so I thought it would be cool to make some "Grim Hollow Pumpkin Ale", which would make its debut at the party. We made about fifty of them, and most of them were consumed at the party. I'm not a big beer drinker, but everyone who tried them seemed to really like it. To me it just tasted like beer. :) I'm down to the last two, and have been saving them forever so I could take a picture of them. All the credit goes to my friend, Rick, for showing me how to make it, and my wife, Andi, for making the labels. I just kind of helped out where I could and helped put some of the labels on. It was a pretty fun process, and made me wish I liked beer more... I am looking forward to possibly making more of this in 2012! 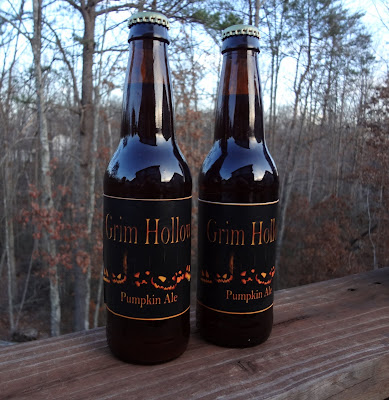 Never Blow Out a Jack O'Lantern!

I didn't, and I was glad this was the last one going.

We had an awesome Halloween this year... the weather was great, and we had several hundred people of all ages. We had announced to our neighborhood that we would hand out candy to people of ALL ages, and some older adults actually took us up on it, which was great. I wasn't too impressed with many of the pictures I took this year, mainly because I didn't have time to take many. Luckily, my dad came up and took a few more pretty good ones. I had a couple of new things this year, just didn't have as much time to work on things as much as I would have liked this past year. Now that my two younger boys are getting a little older, and more independent, I think I will be able to work more on some projects. I hope you all had a Happy Halloween! : ) 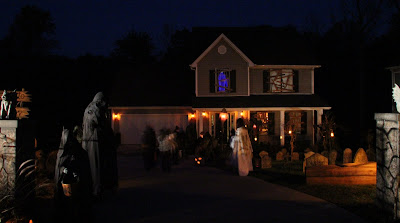 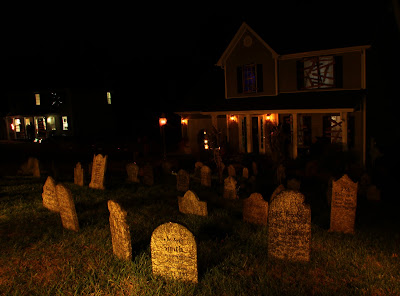 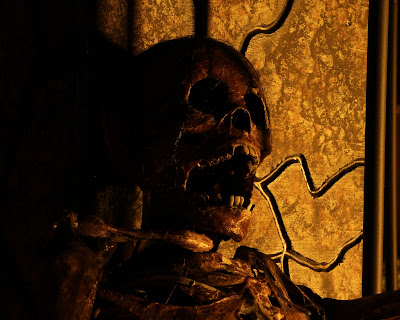 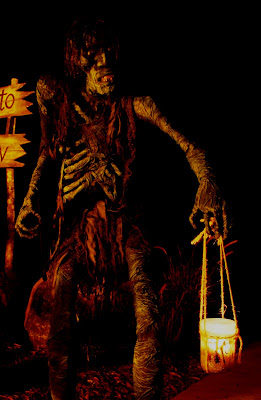 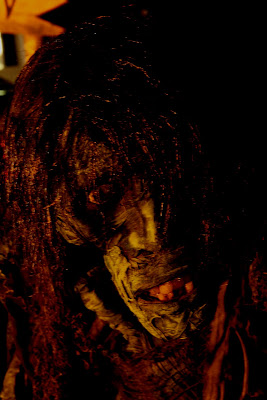 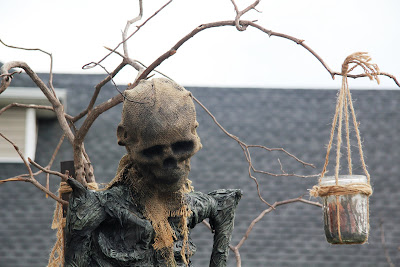 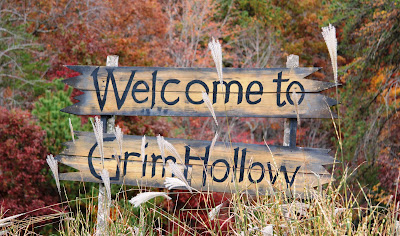 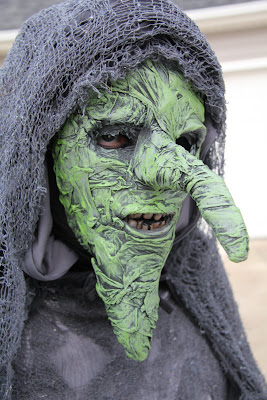 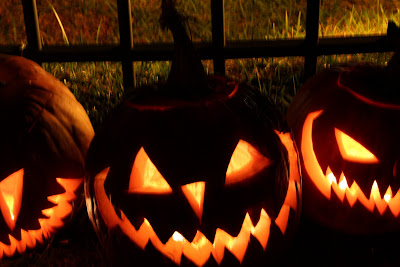 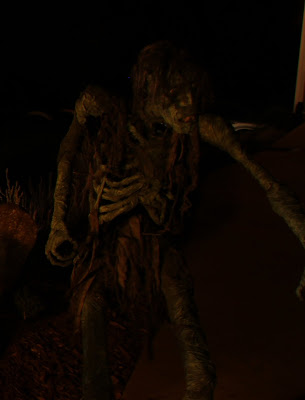 Happy Halloween, everyone! I hope everyone had a great one.

For my costume this year, I wanted to make a Pumkinrot style witch. I was pretty happy with the way it turned out, and everyone else seemed to like it, too. Several people wanted to take pictures with me, which was kind of cool. Stay tuned for more photos from Halloween Night. 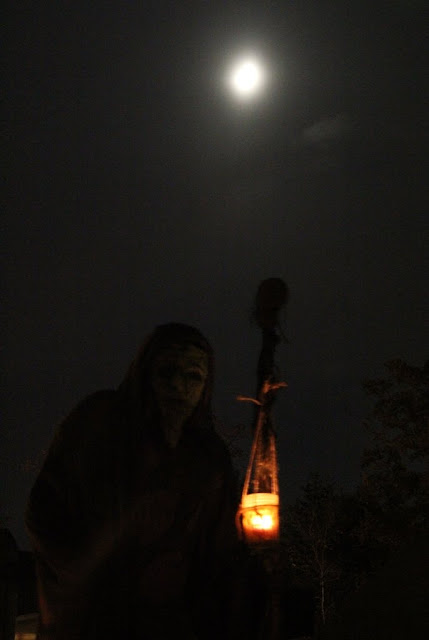 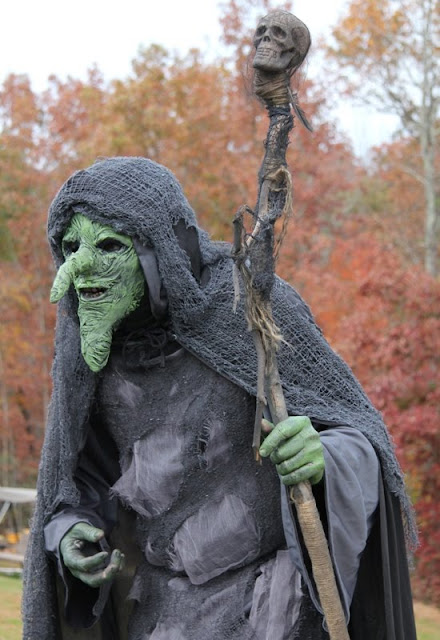 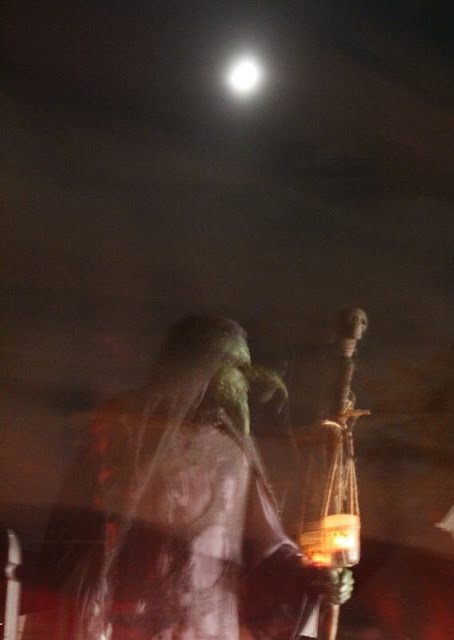 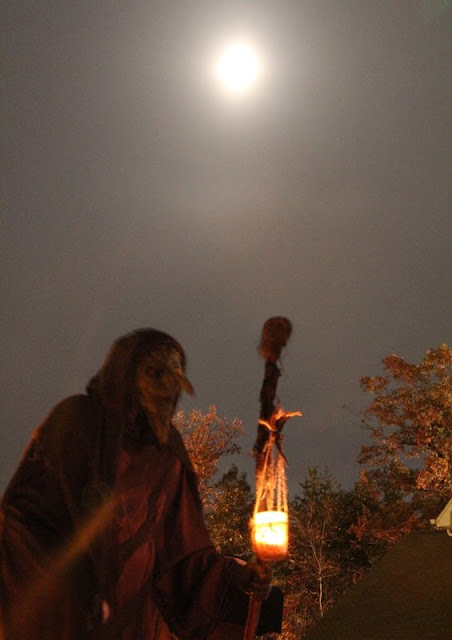 I've been watching American Horror Story on FX for the past few weeks, and I like it. A lot.

Can't say enough about Dark Candles... there is nothing else like it to add that finishing touch to your haunt. I try to make my haunt appeal to all the senses, and Dark Candles definitely helps me out by giving my haunt an aroma that adds to the experience. This year, we will be going with Haunted House, Coffin, and Graveyard. 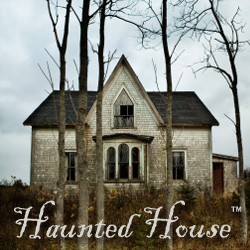 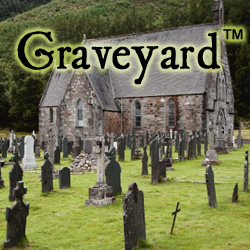 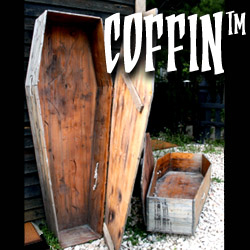